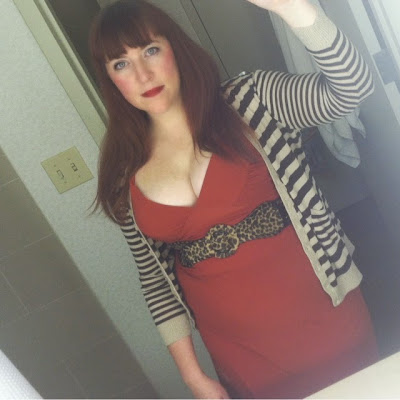 Oh to be surrounded by ambient lighting for the rest of my life. We (royal we) are about two weeks away from officially being described as LATE THIRTIES. This super duper flattering picture from January can be the banner for "age ain't nothing but a numbah" if I do say so myself, in order to toot toot my OMG almost forty horn. Forty seemed SO OLD when I was younger. And now that it's a mere 3 years away, I feel silly for having thought that.

Wiggle dress from Macy's but via my roommie, Gillian, who was going to donate it but I took it from the donation pile. "It didn't look like that on me," she noted when I first wore it. Belt from Savers. Cardigan from Marshalls. This is one of my favorit outfits. I wore this for a minivacation to Providence. I've also worn this dress for the Boston Poetry Marathon last year. I want more dresses like that.
cardigans cheap vintage fashion forties macys marshalls orange pin up ootd pin up style plus size pin up providence savers sexy pin up thirties thrift stores wiggle dresses 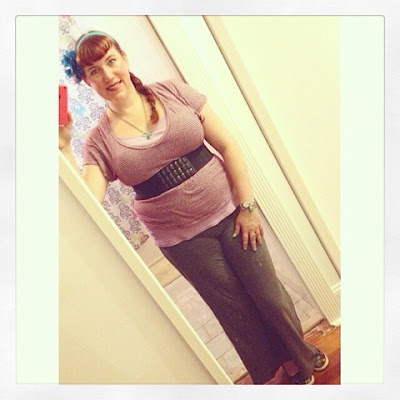